Irony here about the bg image, I'd be completely screwed in the event of the apocalypse, wait for HTML5 boilerplate

What's the inspiration for the talk? "Why I'm not a JavaScript developer."

describe without clicking the link, he wrote this post in january 2015, his answers to... (next slide)

this list of interview questions compiled by the folks behind h5bp. for instance (next slide)

Why is it called a Ternary expression, what does the word "Ternary" indicate?

Ternary means it involves three things, and strings 'em all on one line so it's harder to read.

That sounds hard, and for some strange reason I'm suddenly jonesing for a Dr. Pepper.

Reference again my use of frameworks libraries, etc. Goal is to provide some basic succinct explanation, some real world application. May be a bit rudimentary for some long time JS developers, but a good review nonetheless. Ask about ES6 and mention examples will be in ES5 for the most part.

Are these questions relevant?

my favorite Fizz Buzz answer is walking out of the interview

well, yes. Fizzbuzz brings up a lot of emotions for developers. show quote. What's more important is what you can build, how focused you can be, and that you want to learn.
But try not to get hung up on the interview part. let's just learn!

Good example of one that I use all the time in practice but could not have just explained from memory. show definition, reverse of this is that they bubble up.
If you're clicking on an 'a' tag inside an 'li', inside a 'ul', aren't you in reality clicking on all three?

Inverse of this. Also known as propogation, events on an element will "bubble up" and also fire on all parents

Here's a form with a lot of different inputs. Could try and target all the elements individually.

so much easier to target the form alone

What's the difference between "target" and "currentTarget"?

The latter is the element with the listener attached, the former is the actual element that triggered it

3) Explain why the following doesn't work as an IIFE:

literally had no idea what IIFE meant; it runs itself; what is wrong with this code?

4) Explain the difference on the usage of

Functions as expressions vs. definitions

MDN - An expression is any valid unit of code that resolves to a value.

functions can either be written as simple definitions, or as expressions. difference here is that JS expects a value from the latter.

Functions as expressions vs. definitions

writing it the first way would behave similarly to how JS would see an if statement. Can't be passed as arguments to other functions. Can't be immediately invoked.

3a) What needs to be changed to properly make it an IIFE?

parens here essentially turn this into an expression

Why would I ever use one?

Firefox - ReferenceError: foo is not defined

Probably not a big deal if you're working within a framework, but I run into the need for this when I build simple websited. foo can't be called outside, leads to another great question

5) Why is it, in general, a good idea to leave the global scope of a website as-is and never touch it?

You can't predict the future

27 years ago Robert Zemekis predicted the Cubs would break their streak in 2015. Boy was he wrong.
Don't have to worry as much about collision w/ variable names, etc.
with large scale apps likely use a tool to help manage this, but useful to think about on small scale websites

Example - how I write it

Example - what JS does to it

var declaration "hoisted" to top. Linters don't like this but browsers don't mind.

So, yeah, technically, this works

Not just vars but also functions written as statements are fully hoisted. Maybe jump back to that slide?

In walks const and let 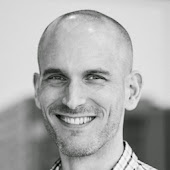 In a way, hoisting was a way to make variables look like they were block scoped when in fact they were function scoped. Constant and let give us that, less risk of polluting other stuff.

What do we do with this knowledge? ask if anyone has ever gotten bit by hoisting. How people declare variables. Harder to see what vars have a value?

7) What's the difference between a variable that is: null, undefined or undeclared?

Speaking of variables, this one I knew, but maybe couldn't quite verbalize.

Firefox - ReferenceError: foo is not defined

Besides being a short lived show on Fox, undeclared is simply that, you haven't declared it using var, and therefore it's as if it doesn't exist. Reference the earlier error when we tried to console the function name of the IIFE.

before researching I could tell you with full certainty that undefined is not a function.

Use case here might be working with data from a server. Let's say you set a var to equal the value of a specific key returned by a JSON object. If it comes back as undefined, that means it didn't exist on the object. If it returns null, then it exists but has no value assigned to it.

7a) How would you go about checking for any of these states?

Except when assigning a value.

this is literally a bug in javascript

Might as well. the very first thing you learn but it bears repeating

check out this badness

double actually converts both to the same type before comparing. Feel free to use double equals, but when appropriate. JSHint may bark at you.

9a) What is the difference between call stack and task queue?

this would never work

best explained with this story. use foundation's form validation. have to reflow if you're adding to the dom. this would never work however

Defers invoking the function until the current call stack has cleared

best explained with this story. use foundation's form validation. have to reflow if you're adding to the dom. this would never work however

borrowed this image from MDN. JS is what is known as a �single threaded� which basically means one thing at a time. As your JS is run, it handles one function at a time in the order in which they are called. It creates a LIFO stack of these called the call stack. While it is processing these things in order, the browser is effectively blocked (repaints, etc). The task queue is another queue used by the browser to keep track of things that need to be executed. It is separate from the call stack. These are handled in the order in which they come in. Event loop waits on the stack to clear and then adds from the queue.

setTimeout takes function from stack and puts in queue

setTimeout is part of the Web API, provided by your browser

Philip Roberts: What the heck is the event loop anyway?

but hopefully to a better boss than Kimmy's

many of which would require an hour on there own

that list can look pretty intimidating. reemphasize that it's not all about knowing every in and out of a language but building awesome things!

A talk by Russell Anderson